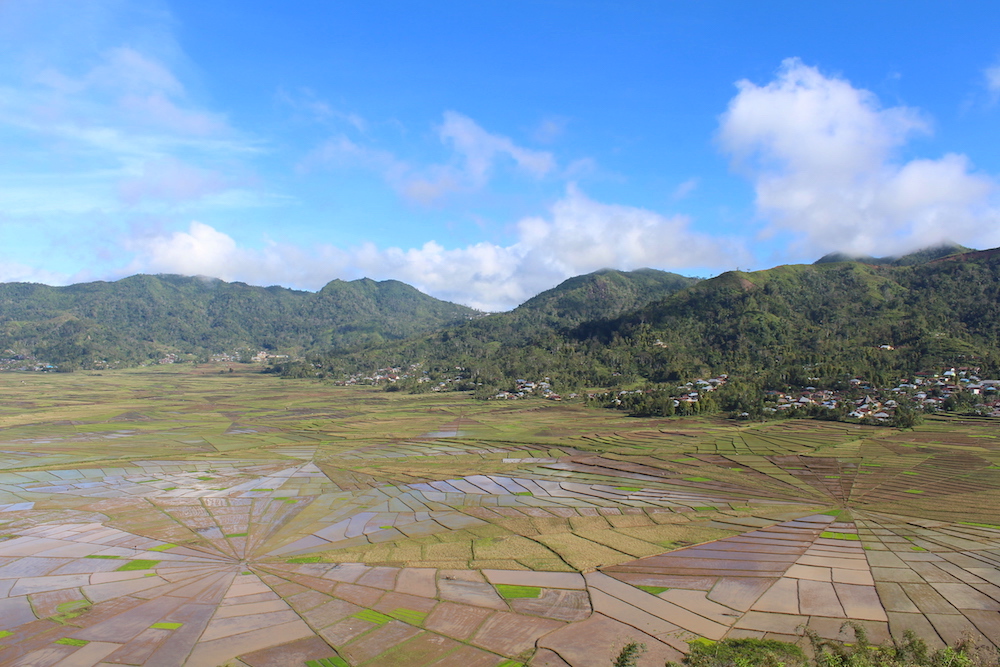 From Labuan Bajo to Ruteng

To see the mountains and especially the beautiful rice field areas, we decided to rent a motorbike and make a three days tour from Labuan Bajo to Ruteng. The 3,5 to 4 hours ride follows a good and winding road, but leads through mountains. So the ride was possible, but not the easiest we have done. But the good thing once you are out of town there is almost no traffic on the street and you can take it easy and enjoy the view.

Sadly, we were a bit unlucky and the weather was not the best, after driving for just one hour after Labuan Bajo we got into the clouds, which were stuck to the mountains. And well, it´s rainforest. That means it suddenly rains a bit here and there or at least it´s drizzling rain. But in total we got more or less dry to Ruteng and just had to wait on bigger rain at an Indonesian roadhouse, which means a little hut with a guy selling Bakso, and 20 Indonesians waiting like us. Well, of cause the “big” attraction was us sitting there and eating Bakso… Always feeling comfortable eating while 20 people stare at you 🙂

Ruteng itself is not a beautiful place, it’s a functional city, which lies at a strategic point and is therefore the biggest city in this mountain area. It´s also situated at the Flores “Highway”, which describes the east-west-road of the island. So, everyone who wants to travel in either direction has to pass here. And that´s the feeling the city gives you.

What is beautiful though, is the area around Ruteng. It´s a wavy mountain landscape, with volcano´s and many, many rice fields. Almost everyone here has to do with rice. Sadly, we arrived in Ruteng shortly after the harvest, and the fields were a mixture of brown and light greenish. Still, it was amazing to see this landscape, but it could be even more astonishing. And, we are followed by bad luck, since we always arrive in rice areas, after the harvest has just happened…

Because we were wet and cold, we decided to do some “flashpacking” in Ruteng and stayed in a hotel with hot shower and a nice big bed. We needed to not get sick, because we wanted to go diving the next week and were just recovering from a cold. That´s why we went straight into the shower and slept for 12 hours afterwards.

The next morning we took our motorbike and explored the area. We were lucky, because it only started to rain in the late afternoon, when we were already back at our hotel. Our journey took us a little further on the “Flores Highway” in direction of the next city Bajawa. We drove in this direction for around one hour and met some locals, who – after sharing some bananas – described us their work in the rice fields. They took us on a mini hike in their fields and told us that they harvest twice a year, June and December. At the moment the new rice is already planted and they are kind of waiting. At least, that´s what we understood – with them speaking amazingly good English and us, trying our three words of Indonesian. But, everyone was happy that we met and had fun taking pictures. The most interesting sentence that stuck in our heads, which they told us, was: “The rice is our source of life!” After good buys and best wishes for everyone, we continued our journey. The next stop was the Rana Mese lake, which we didn´t visit, because we had to pay 100.000 IDR entrance fee/ person and the weather already started to get worse. Actually we decided to not visit the lake, because of the weather mainly, the park guide was ready to bargain and let us both in for 50.000 IDR…. Our last stop was the little mountain Goro Curu in Ruteng. We drove up the hill and enjoyed a really nice view over the valley, the rice fields and the city. That´s when the rain started and we went back to our hotel.

The next day was already travel back to Labuan Bajo Day. We started early in the morning, because after 12 o´clock it was supposed to rain again. On our way we stopped at the famous spiderweb rice fields. We couldn´t see them on our way to Ruteng, because of the cloudy weather and were really happy that we got the chance to see them this time! This is really worth a trip and something absolutely special to see. To see the fields, you have to take a turn in the small town of Cancar and follow the road until you see a little sign on the left hand side. Here starts a little path up the hill, from where you can see the fields really good. You have to pay 20.000 IDR/ pax entrance fee and sign into a little guestbook. The mini hike up the hill takes only 5 minutes. Since it was still early morning when we got there, we only had to share the viewpoint with a group of tourists and had the place to ourselves, after they left. Really great!

Our way back to Labuan Bajo was long, since we did it in one trip, but with amazing views this time! 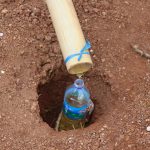 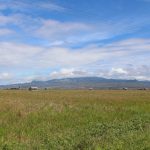 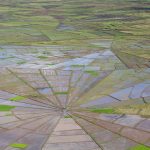 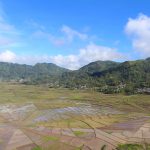 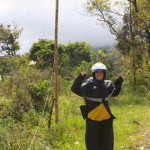 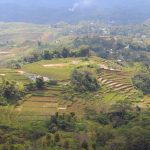 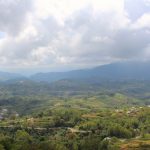 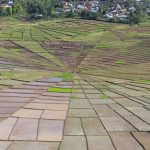 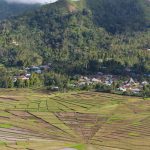 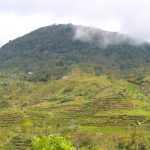 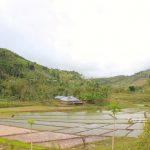 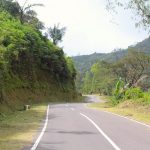 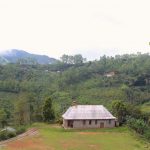 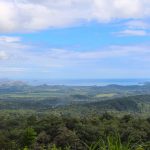