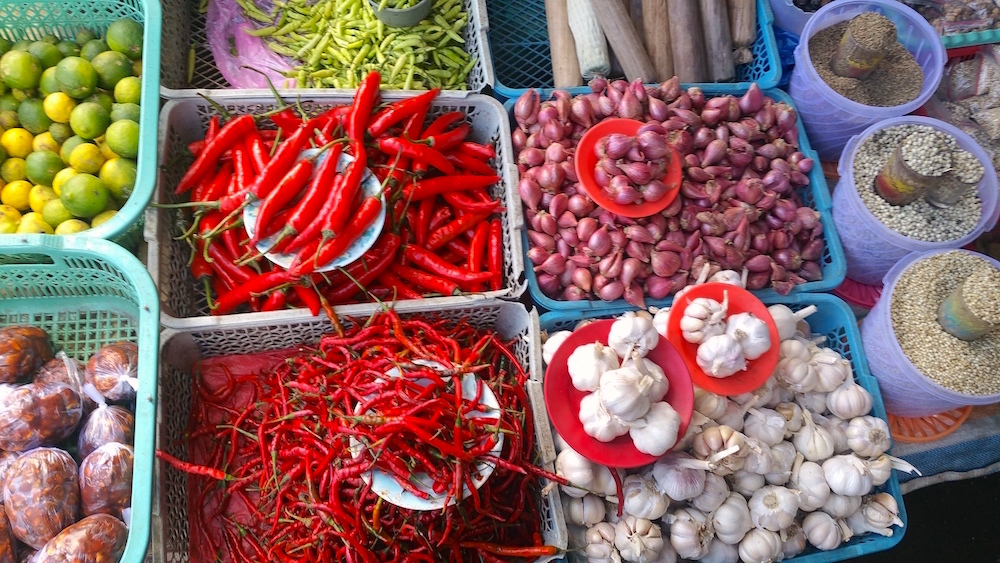 We arrived in Ende by plane from Labuan Bajo, but the city also is located on the so called “Flores-Highway”, which connects Labuan Bajo with Maumere and is easy reachable by bus, travel, private car or motorbike. 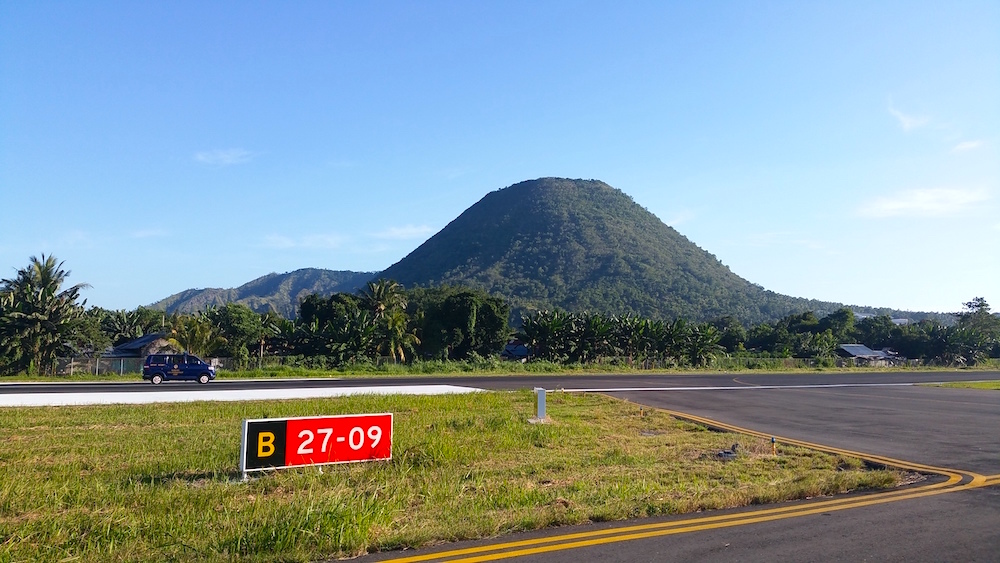 It´s a custom in Indonesia to greet everyone, especially people you know and foreigners. Ever since we´ve been in Ende, we got greetings from everywhere. The next step is to ask “Where do you come from”, and of course they love Germany.

We slept in DASI guesthouse, a family run place with at least 10 rooms and a big common area. We paid 250.000 IDR for the one night and called before we came here to make sure that we get a room, which was not a problem. The rooms are run down but clean and you get a tiny breakfast (better bring some fruits to top it up). And what we really didn´t like about the place was the loud street. Indonesian motorbikes are simply the loudest thing we can imagine, and there were many of them – and it felt like they were passing through our room. 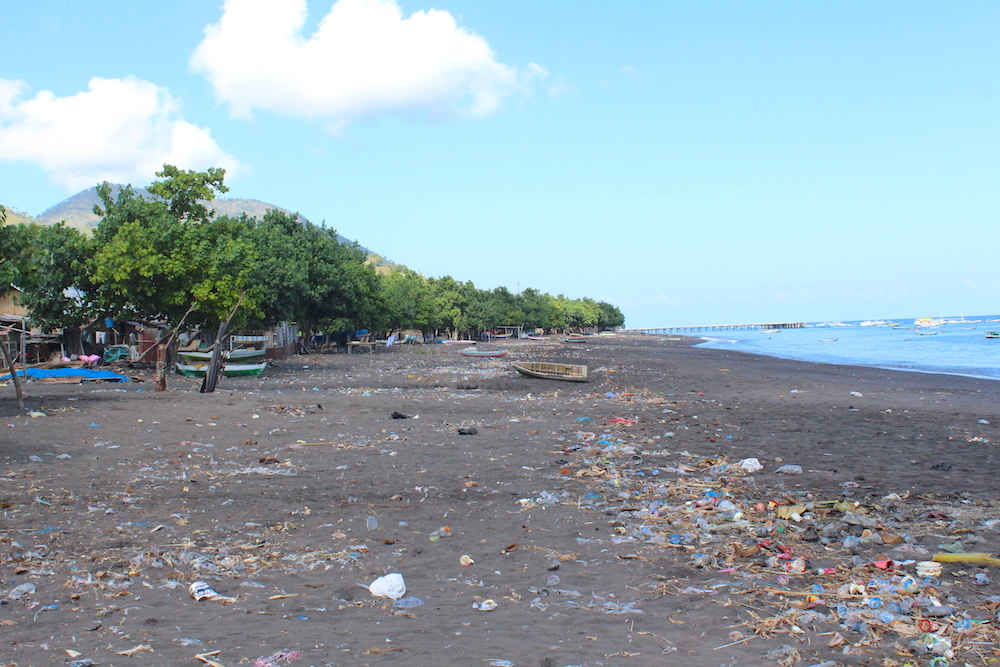 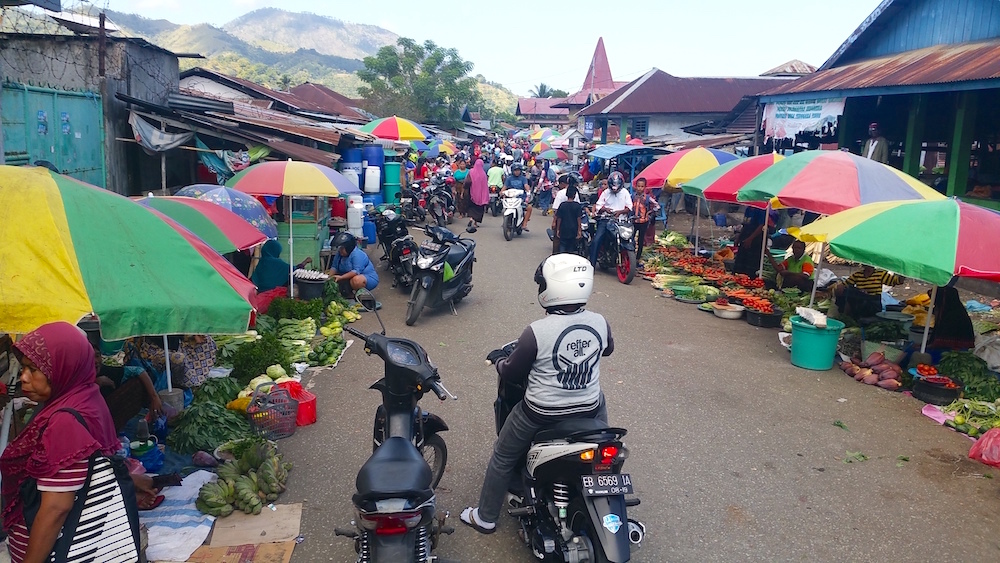 We rented a motorbike in DASI guesthouse and drove to the market. The market is easy to find and close to the sea. The beach is ugly and very dirty, but the market is busy and interesting. We walked around for as long as we could deal with being the main attraction on the market. We bought some Ikat – the typical Indonesian self-weaved fabric – scarves and drove around the city for a while to have a look at it. We found a cute little Warung where we had lunch and a café, where we had dessert. While driving in Ende, it felt like everyone we met kept shouting at us “Hello Misses” and “Hello Mister”, which made the locals seam very friendly and interested. We know from talking to some of them, that they like the color of our skin and think it is very beautiful, because to them it means we never had to work hard on the fields. And they also like our “big” noses, the light hair and that we are tall. As usual: the green is always greener on the other side…

On our way to the guesthouse we stopped in the streets and made a deal with a “travel” driver, who picked us up and drove us to Moni the same day, for 50.000 IDR together.