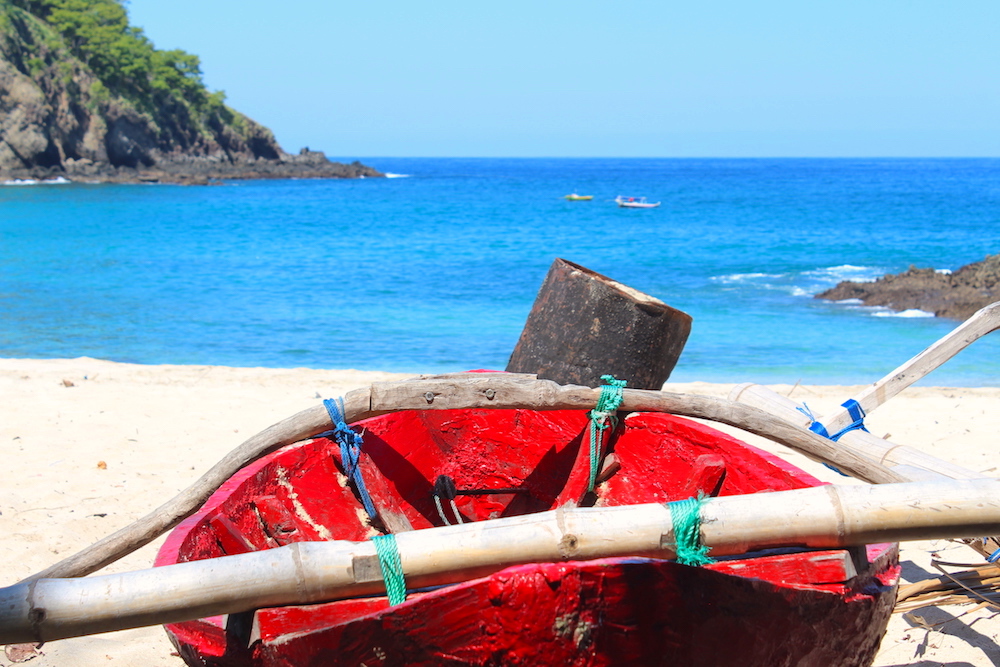 We slept in a Homestay called Innas Homestay. We called Inna before we arrived and reserved one of her two rooms. She has a nicer and a not so nice room, we got the not so nice one, which was still fine. There is no mosquito net, the shower didn´t work and we got a really small breakfast, but got a cheaper price and paid 150.000 IDR per night instead of 200.000 IDR. Inna is a lovely person and we had a good time at her stay, but she tried to trick us, because it was clear that the shower hadn´t just stopped working the minute we arrived. 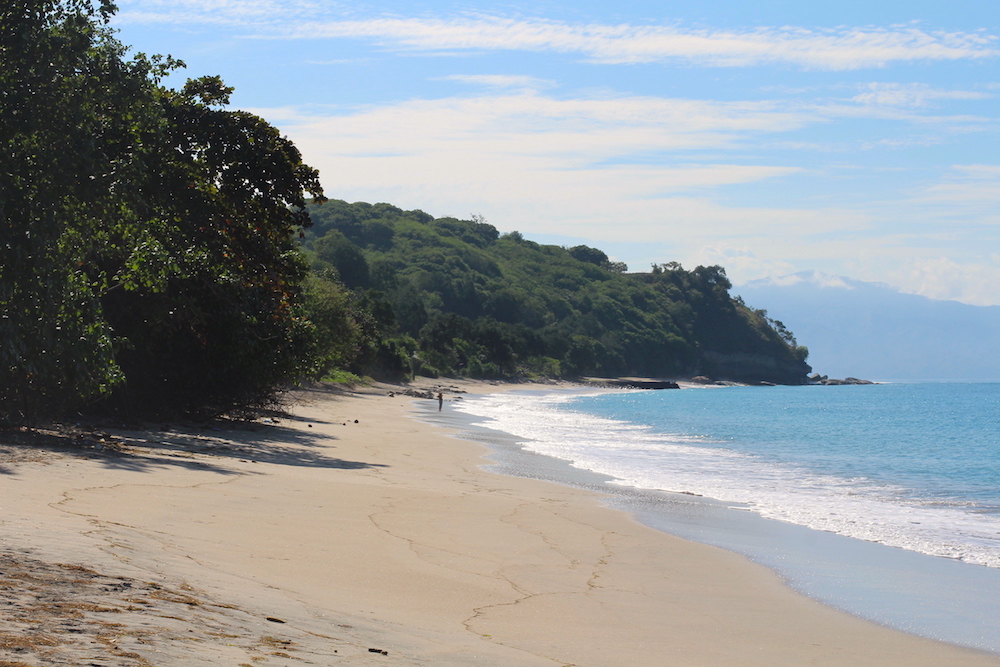 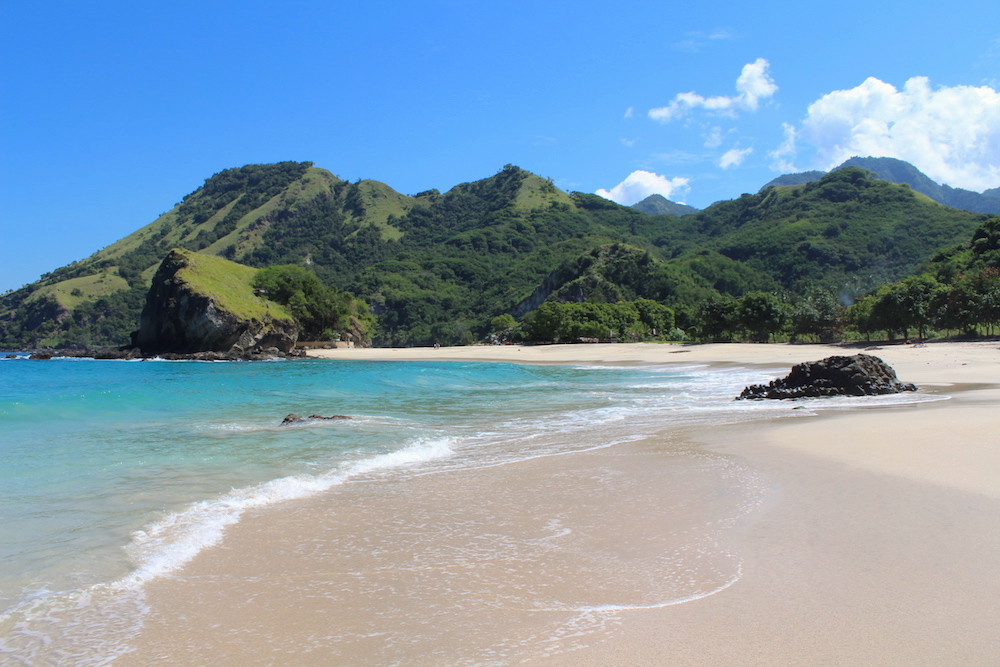 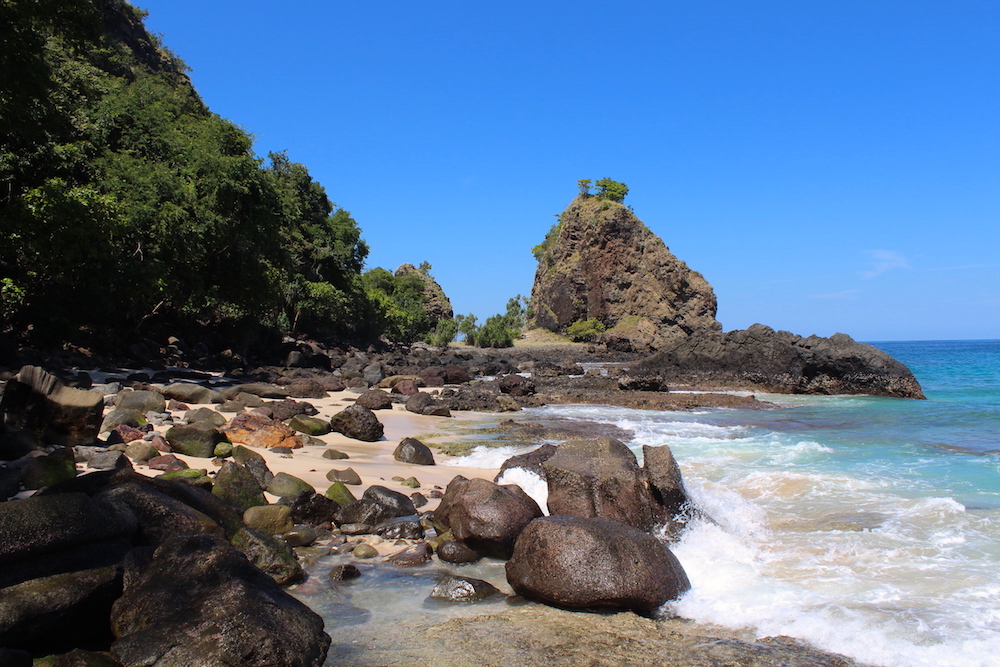 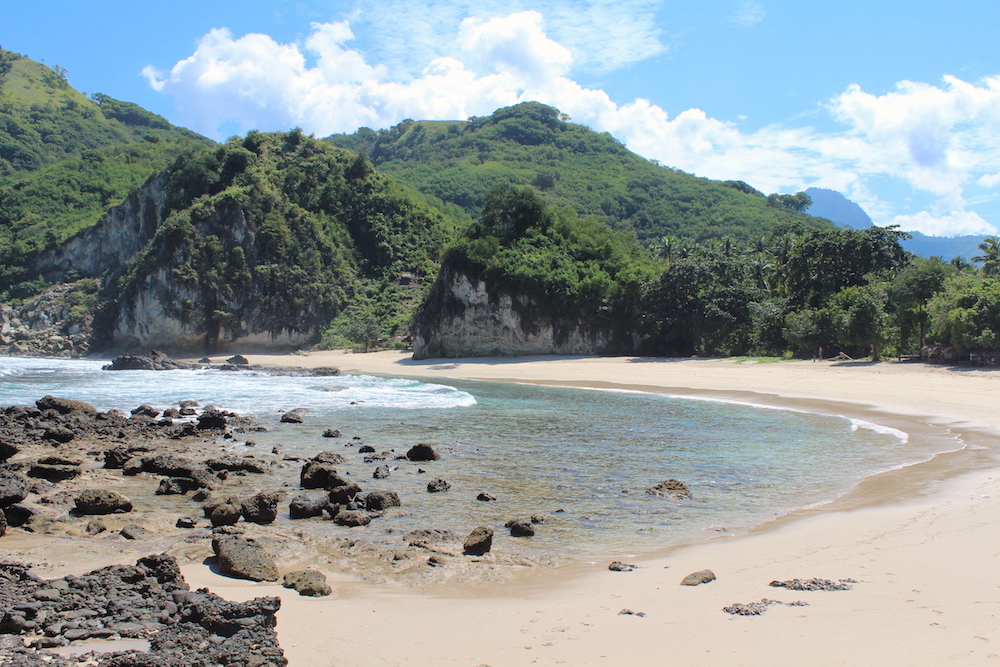 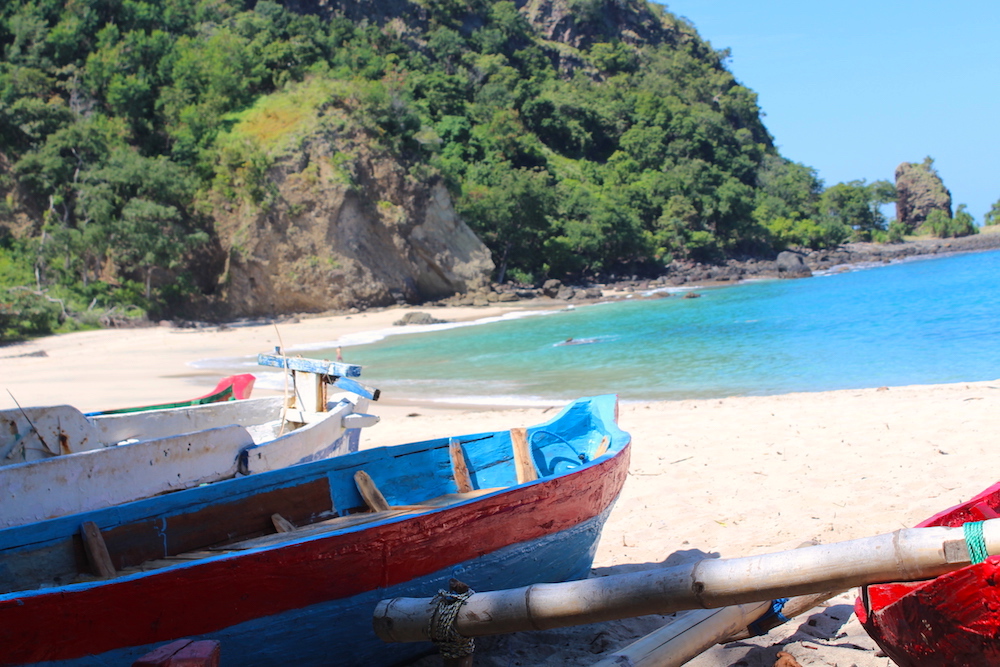 We rented a motorbike at Laryys place, a few houses next to Innas Homestay – which is also the only restaurant in the village. Laryy was a tour guide before he opened the restaurant in Paga and therefore speaks fluent English, German, Dutch, French and some local languages. He is a friendly and very helpful person and cookes a really good fish! But also the other dishes are great! At the moment he is building a new house, so everything is a bit chaotic.

With the motorbike we drove to Koka beach and that beach is absolutely worth a trip!!! We had to drive 20 minutes in direction of Moni and finding the small street that actually has a sign that says “Koka Beach”, but it´s not easy to see. There is a local farmer who wants 5.000 IDR to pass the street to the beach and another guy at the beach who want 5.000 IDR for parking. It´s annoying, but gladly not a lot of money – at least for now… The beach itself is simply mind-blowing and for sure one of the most beautiful ones we have seen. There were 4 other couples with us at the beach, which means we had it almost to ourselves. There is a little Warung there and some women selling drinks or coconuts – so you can easily hang out for a whole day here. The other couple staying at Innas homestay loved it so much, they stayed for another night to return to the beach.

Of cause and even if the book (lonely planet) recomments him, it is really good and he is very nice. He can help with everything, he also was a guide and has a lot of contacts!

by Bus or Travel. It doesn´t matter in which direction you are heading. You can stop every bus or travel in your direction at the street. And you wont wait a long time.