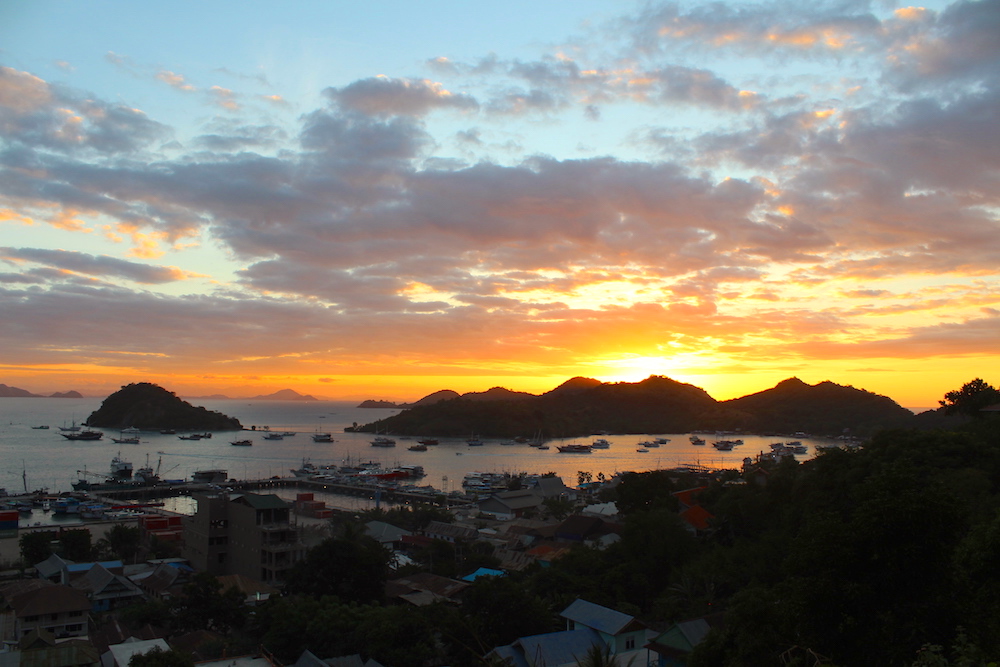 We arrived in Labuan Bajo, Flores by plane from Denpasar, Bali (60 – 100 Euro/Pax). It´s a 15 minutes taxi ride from the airport to the center of the village and we had a pick-up from our homestay, but heard that it is around 50.000 IDR to pay for the ride. You`ll find the typical “Taxi-Taxi”-guys outside the airport, than in most other Asian cities…

We spend four nights in Labuan Bajo, before making a motorbike trip to Ruteng for extending our Visa, otherwise we wouldn´t have stayed longer than one night. It´s really not a nice place. 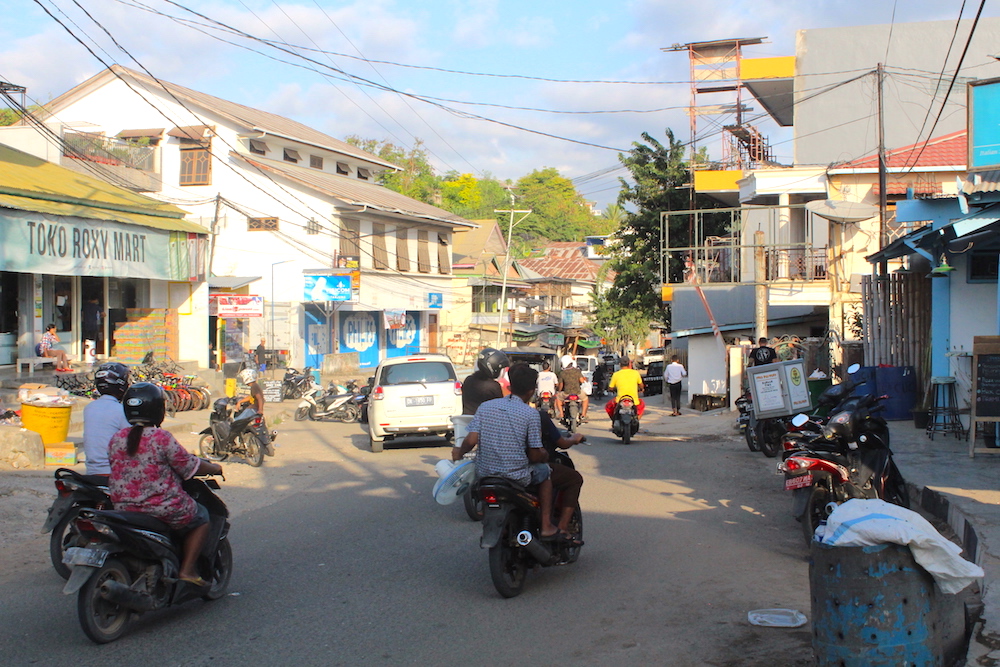 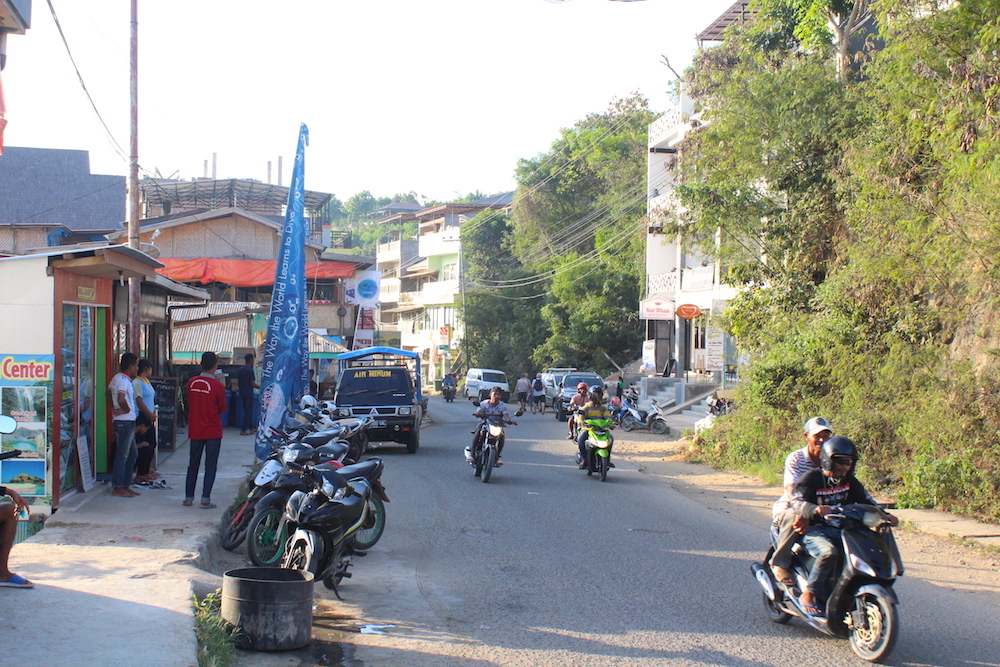 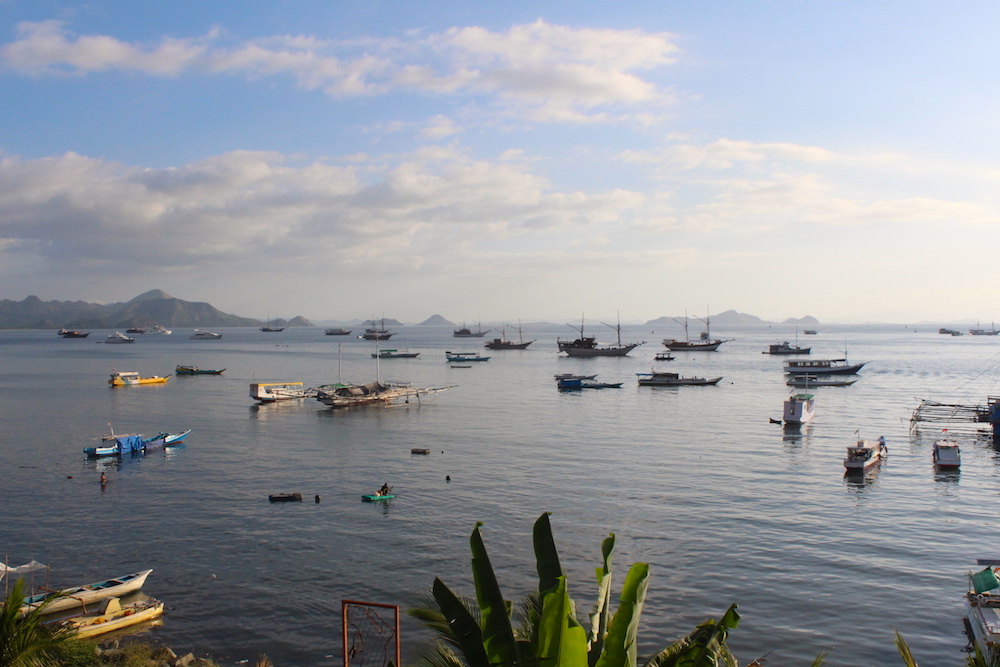 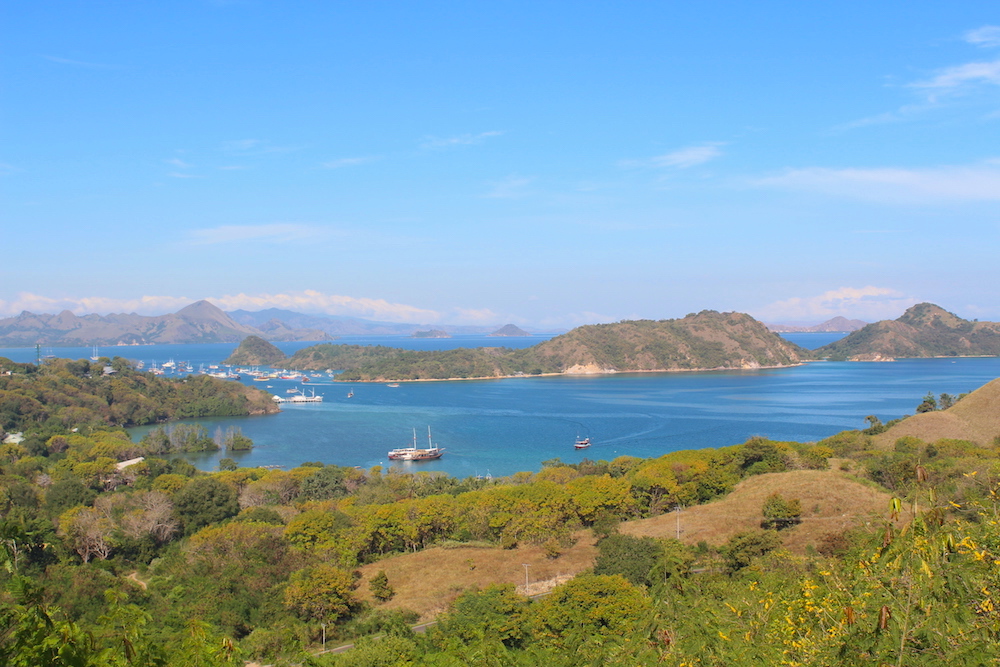 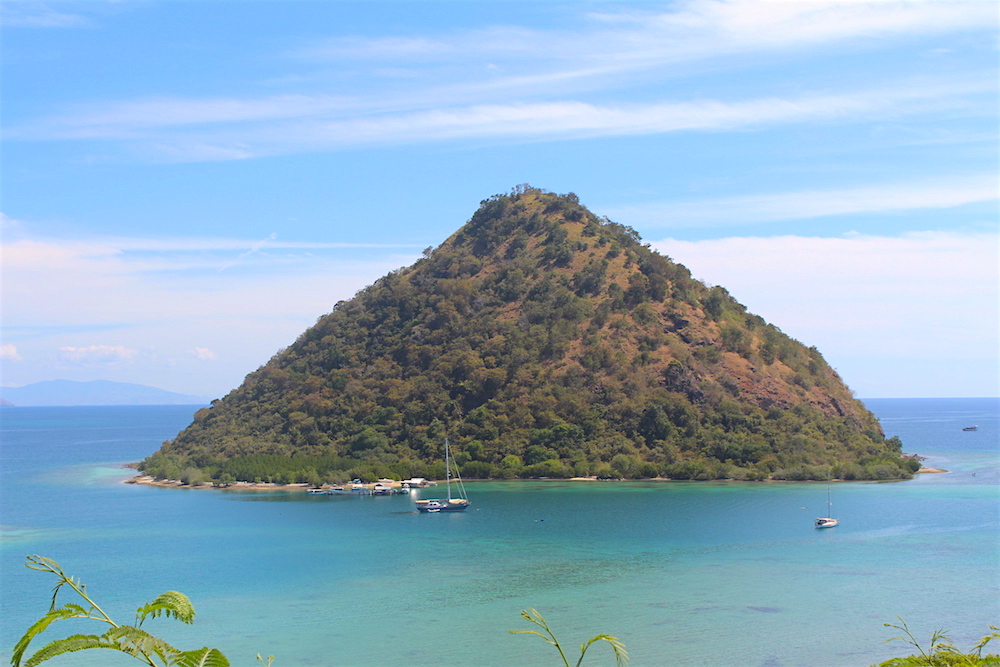 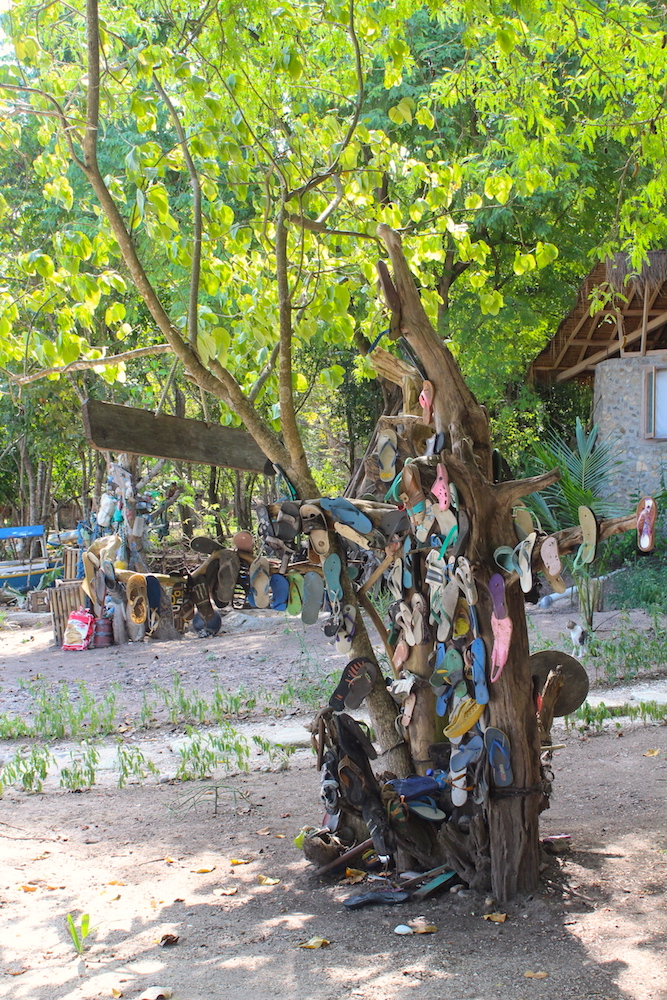 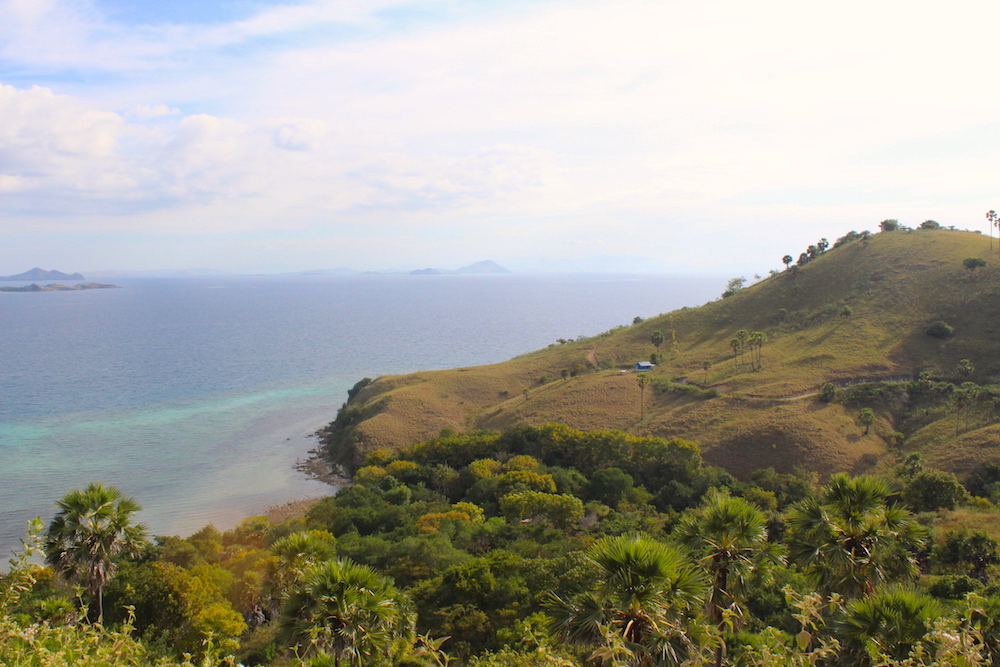 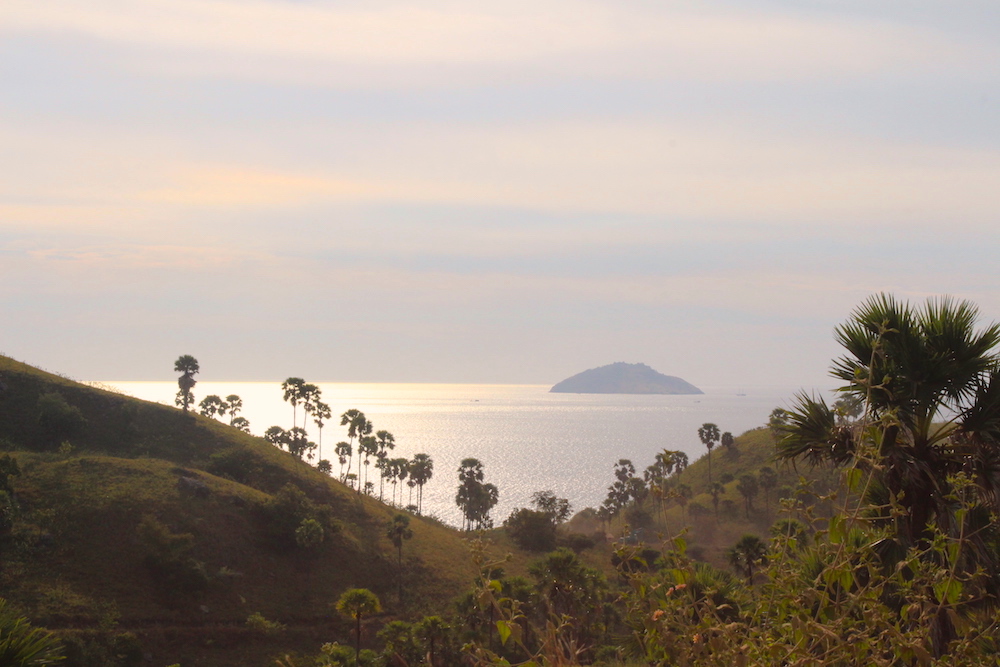 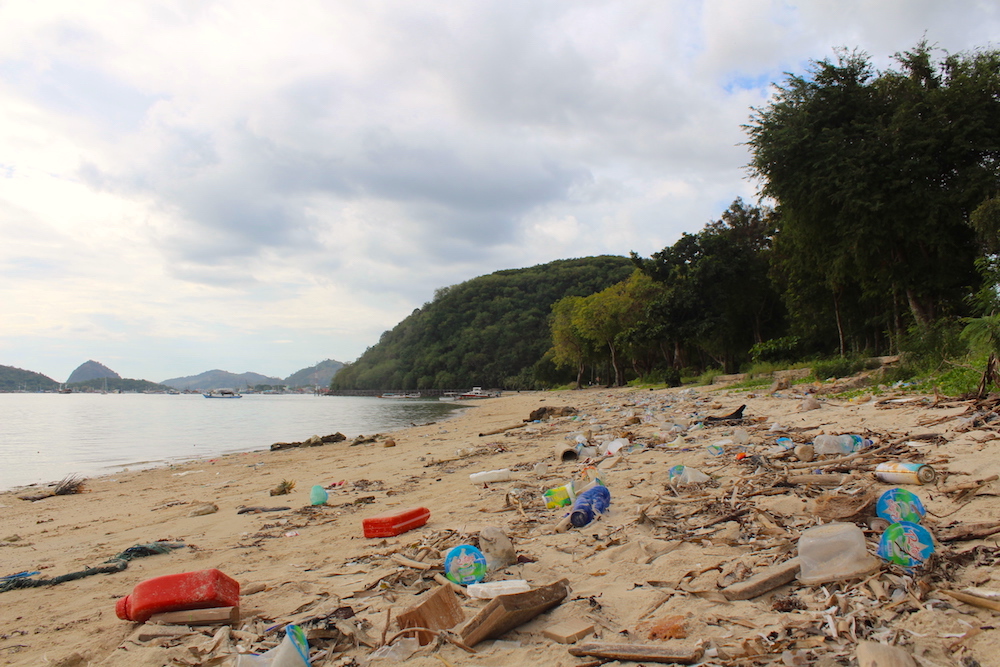 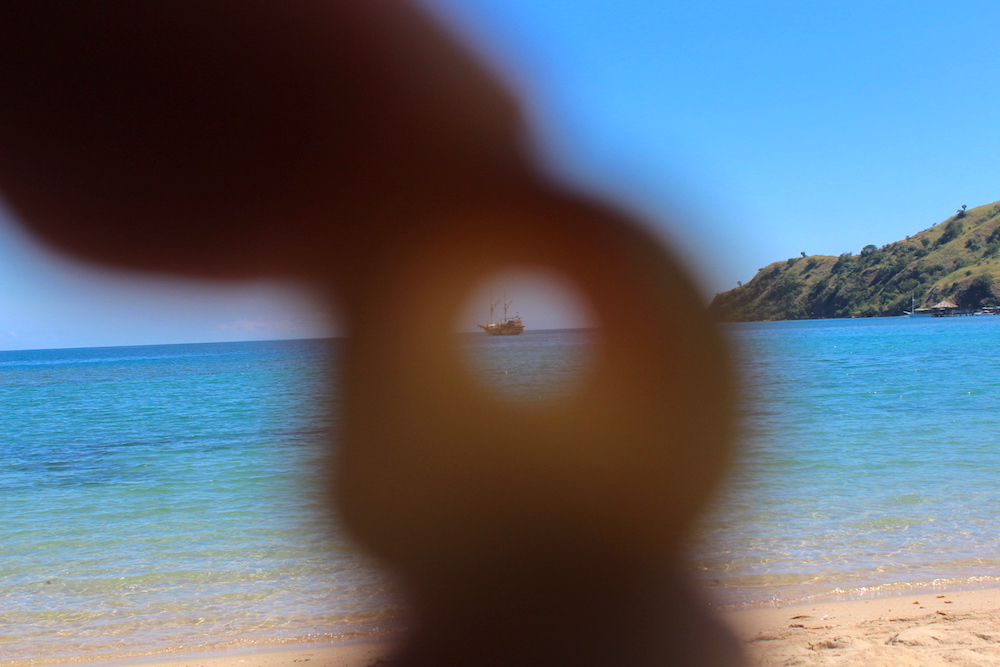 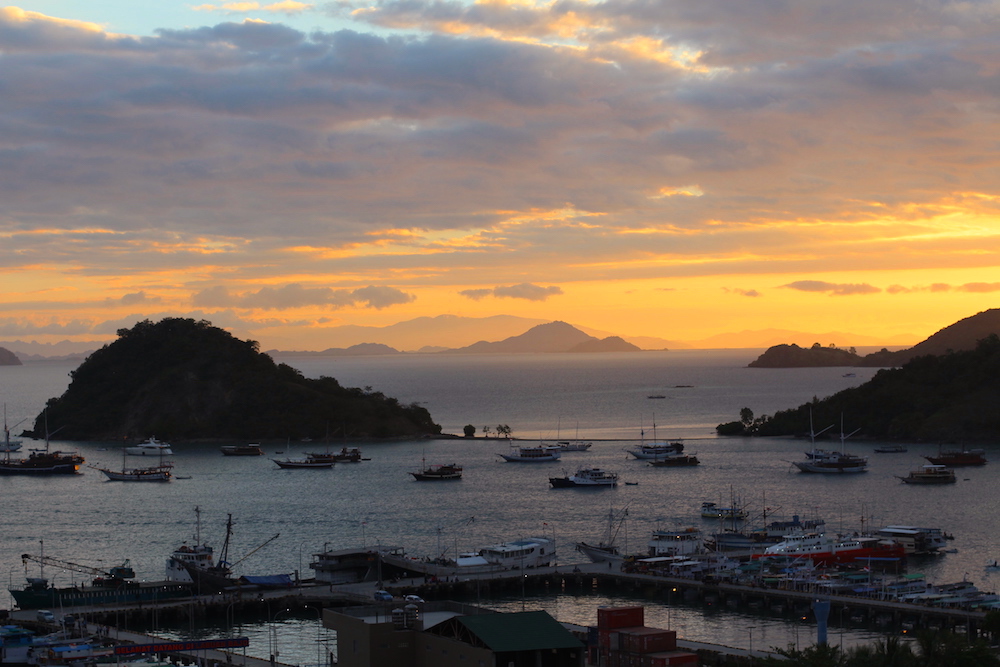 To explore the area around Labuan Bajo we rented a motorbike and drove to Pede Beach, where most of the Resorts outside of town are situated and to Waicucu Beach, which is in the other direction alongside the sea. In direction of the airport lies the rest of Labuan Bajo, besides the main road. That´s where the locals live.

Pede Beach is not worth the trip. It´s really, really dirty! The resorts cleans only the parts of the beach that are next to their property, the rest looks like a mountain of waste. It´s actually really sad to see that!

Waicucu Beach is more difficult to reach, because the road stops being a road at one point and you have to cross a working ground to get there. There are also a few resorts that look really nice. Their collect their guests from the harbor in Labuan Bajo and bring them with the boat. We only reached the beach by passing through the resorts. Beaches in Indonesia are always public, so they have to let you pass. Some like it, some don´t… If you want to hang out at the beach for a day or at least some hours, that´s the best option around Labuan Bajo.

The village around the airport is a typical Indonesian small town. You can find many Warungs and a few homestays in this area, as well as the immigration building. We enjoyed driving through, but didn´t spend too much time there.