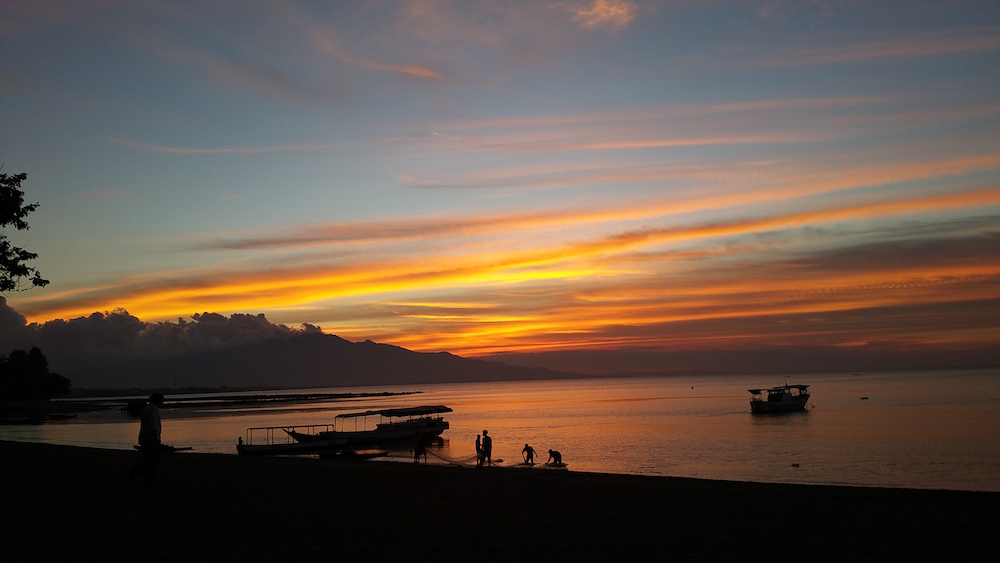 Beaches in the east of Maumere

The beaches about 30 – 40 minutes bus ride east of Maumere are really nice and quiet. During high season the few sleeping options are fast booked and full. It´s not a good idea to just go there, we had problems finding a place to stay and ended up in a really, really basic place called Waradung homestay for one night (which was also very cheap 100.000 IDR) and then went to the Sea World Club, because everything else was full for two nights, before we again changed to LenA House for one more night, because we wanted to head east to Larantuka anyway. 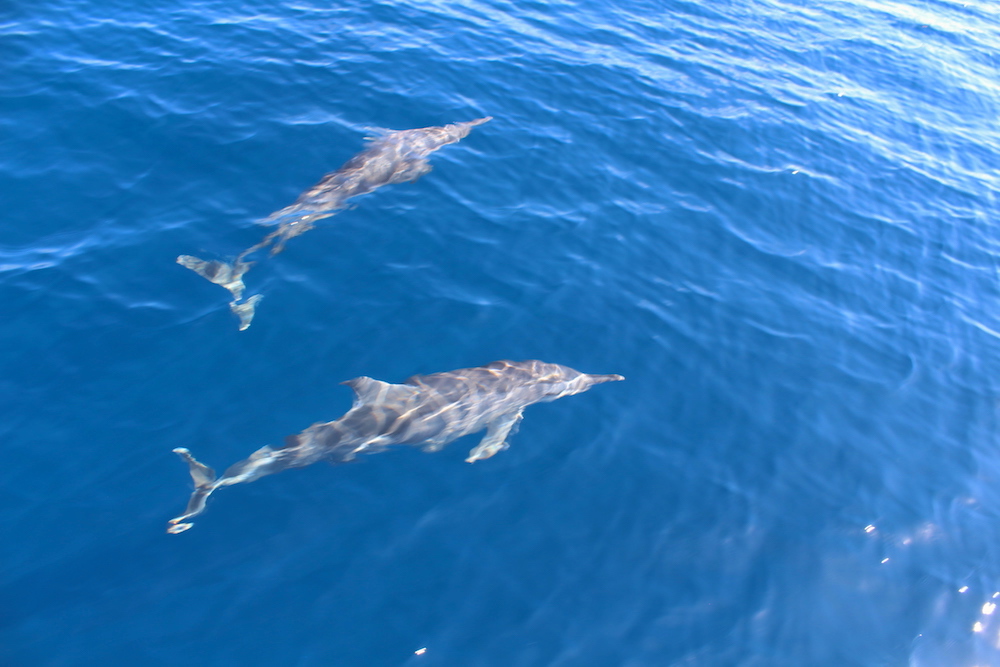 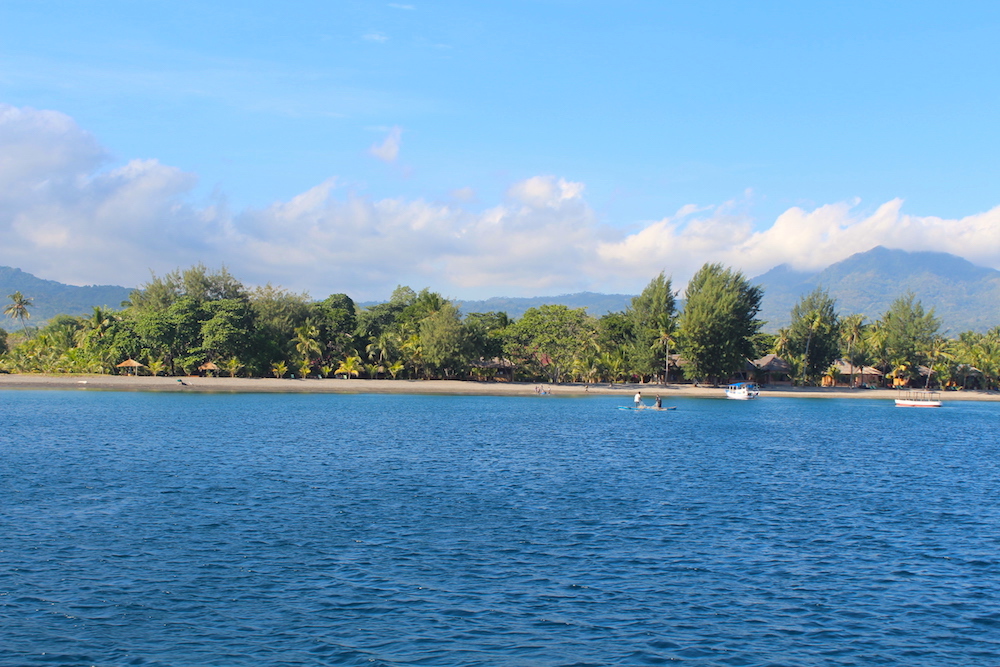 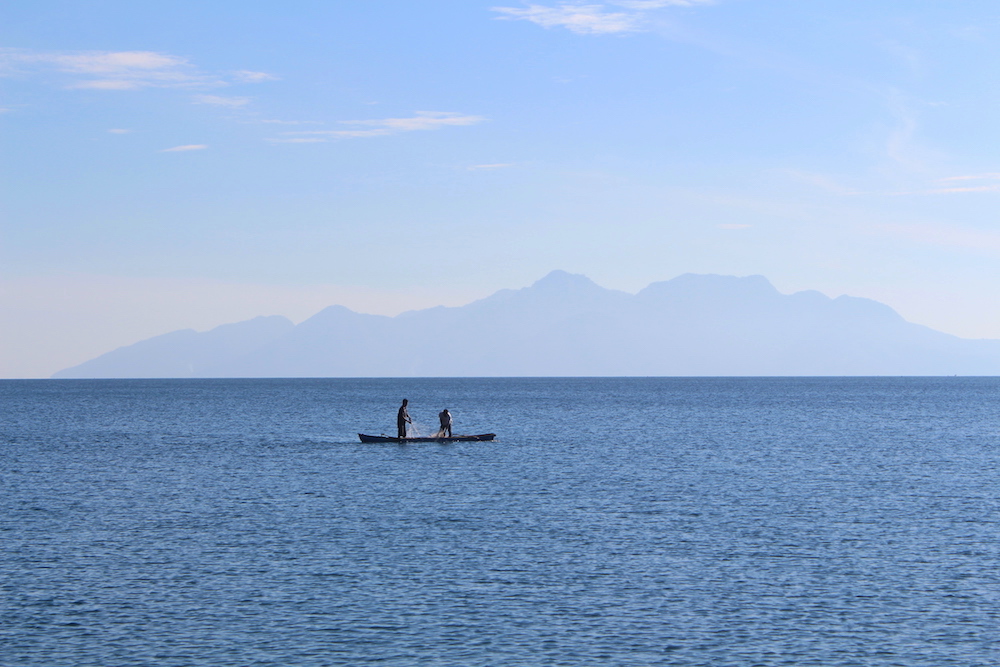 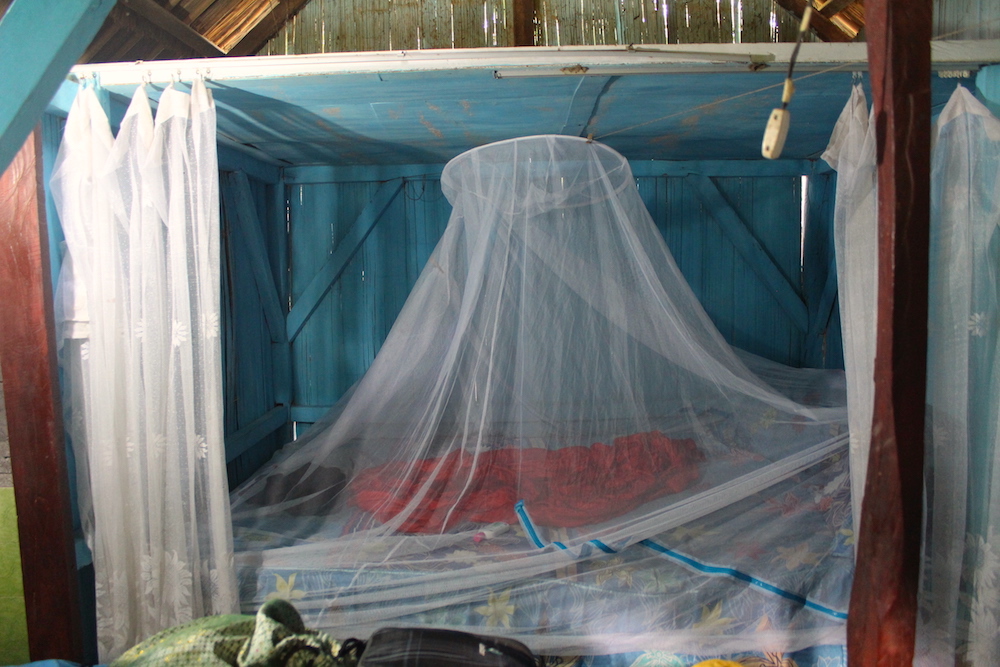 Hotel Ankermi: ca. 350.000 IDR/night and was booked when we came. Apparently that’s were divers go.

LenA Bungalows and House: 175.000 IDR/night, around 6 beach front bamboo bungalows, basic but clean – eberyone sits together in a common area for dinner at night 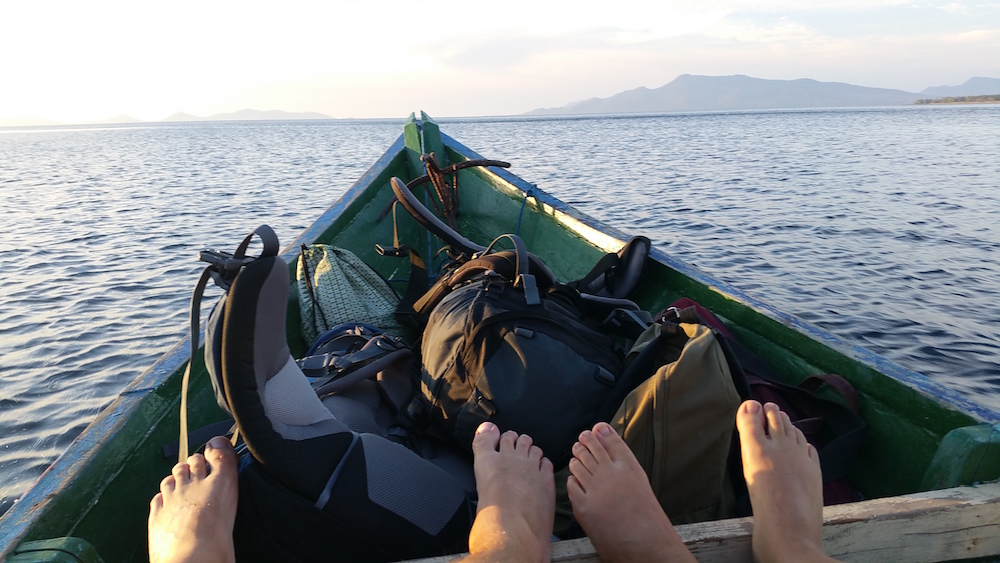 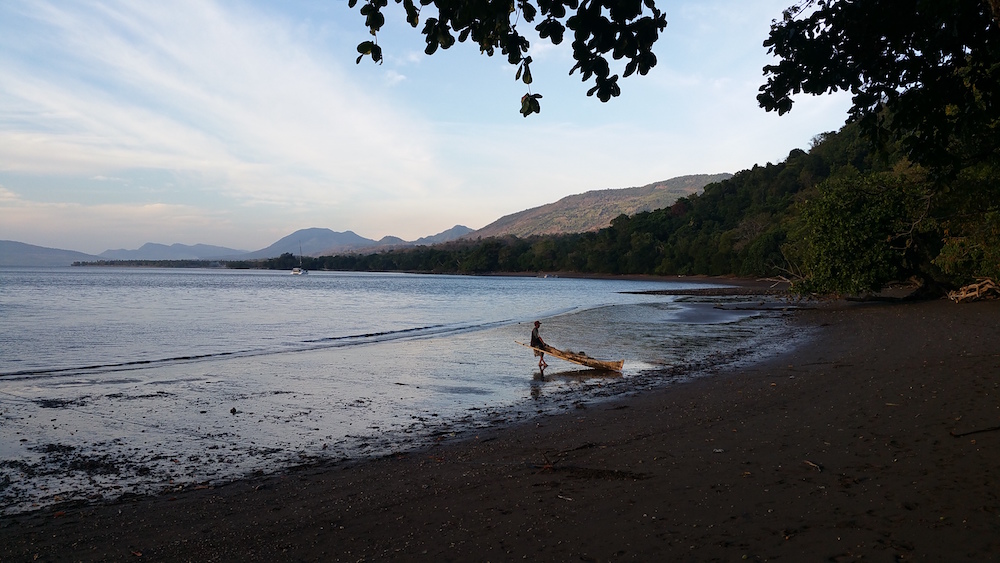 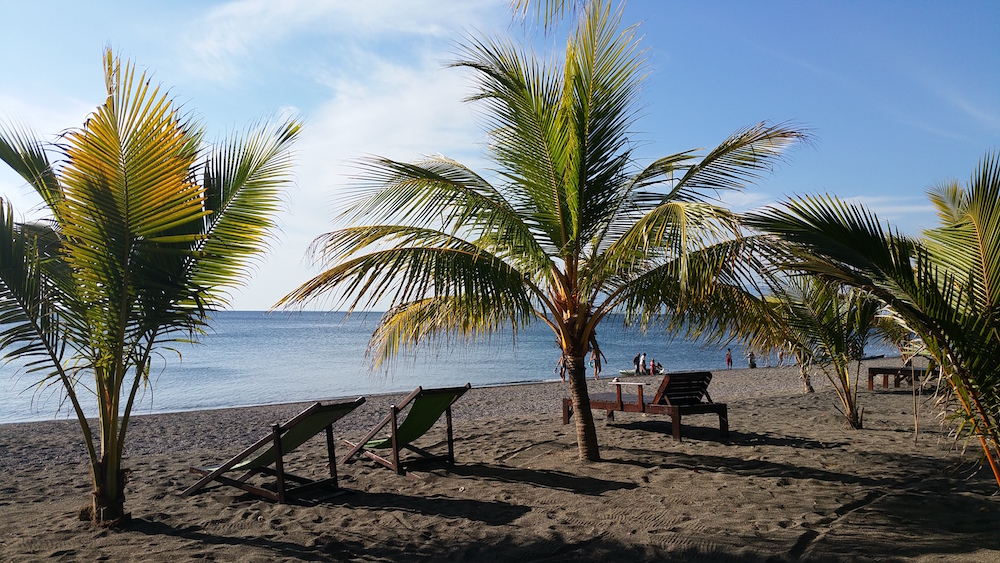 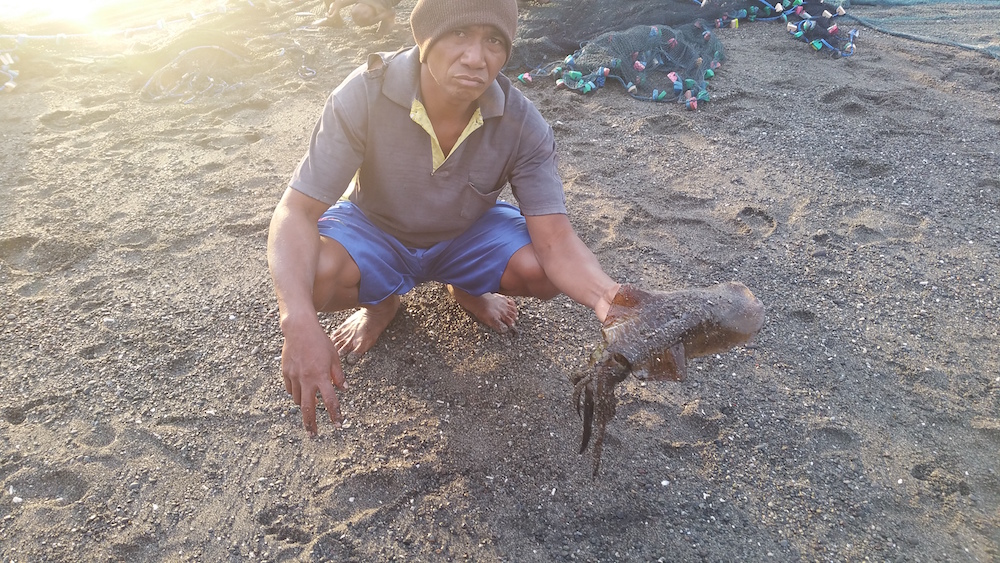 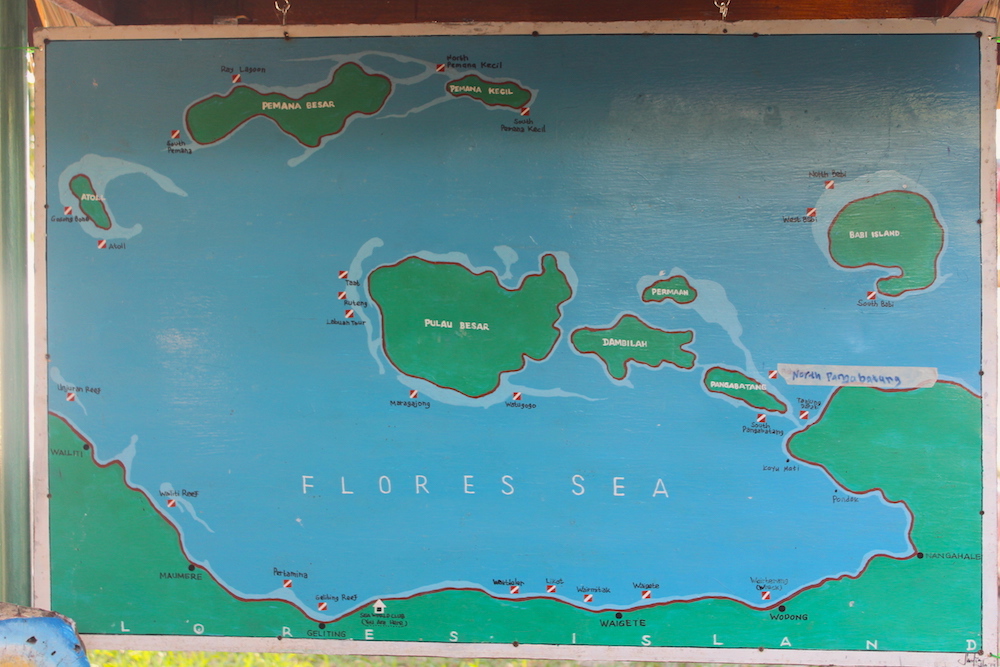 We heard a lot of different things about Maumere, actually most of them were not so good. But since we also read, that it was supposed to be a very good dive site a long time ago, we decided to see for ourselves. And we were happy we did it. We only went diving for one day (2 dives), but that day we enjoyed a lot! We went to two dive sites in the north-east of, around Babi Island and saw a group of Dolphins on our way there. So we were already satisfied before even jumping into the water. The first dive site was good, but the second was actually very nice. The coral looked healthy and good, there were many fish living there and many schools of small fish. We say morays, baby snakes, napoleon crabs, tuna, marble ray, shark, scorpionfish and two giant white frog fish! There is no current, so it was easy diving also.

So, we were thinking if this is how Maumere diving is, then it could actually be really good. But then our dive guide told us that all the other dive sites are mostly destroyed, because people still do dynamite fishing and there was a bleeching because of too hot water a few years ago. The underwater life is still recovering from that…

The city of Maumere

Some say the city is ugly, we would say it´s a normal Indonesian city that doesn´t know too much tourism yet. Most of the tourists that come here see the airport of Maumere and its beaches, but not the city. We went there because we needed new FlipFlops for Ingo – he lost his in the hazzle on our way here – top up our SIM card (pulsa), buy a flight ticket from Alor to Jarkata (since the internet connections in hotels are usual not good enough, we always drive to the airport directly to buy the flights we need. That is the easiest and cheapest way to buy a ticket in Indonesia), have lunch, get money and buy a few snacks. We managed to do everything. We rented a motorbike in our hotel and drove there ourselves, but it would also easily be possible by bemo. The bemo ride between the eastern beaches and Maumere should be between 5.000 – 10.000 IDR per person, depending on the distance you make.